The tenth edition of Stereo Sunday Festival will kick off the summer with a weekend-long party. They’ll celebrate their anniversary with a broad array of artists, such as Bizzey, Moksi, and Ran-D. Our job? Taking care of the artwork and visual identity of this year’s festival. The briefing was clear: design an epic party.

And so we did. Flags, balloons, confetti… Do we need to say more? We started off with a new logo that would function as the center point of the artwork. A logo that’s a party-rocking artwork in itself. 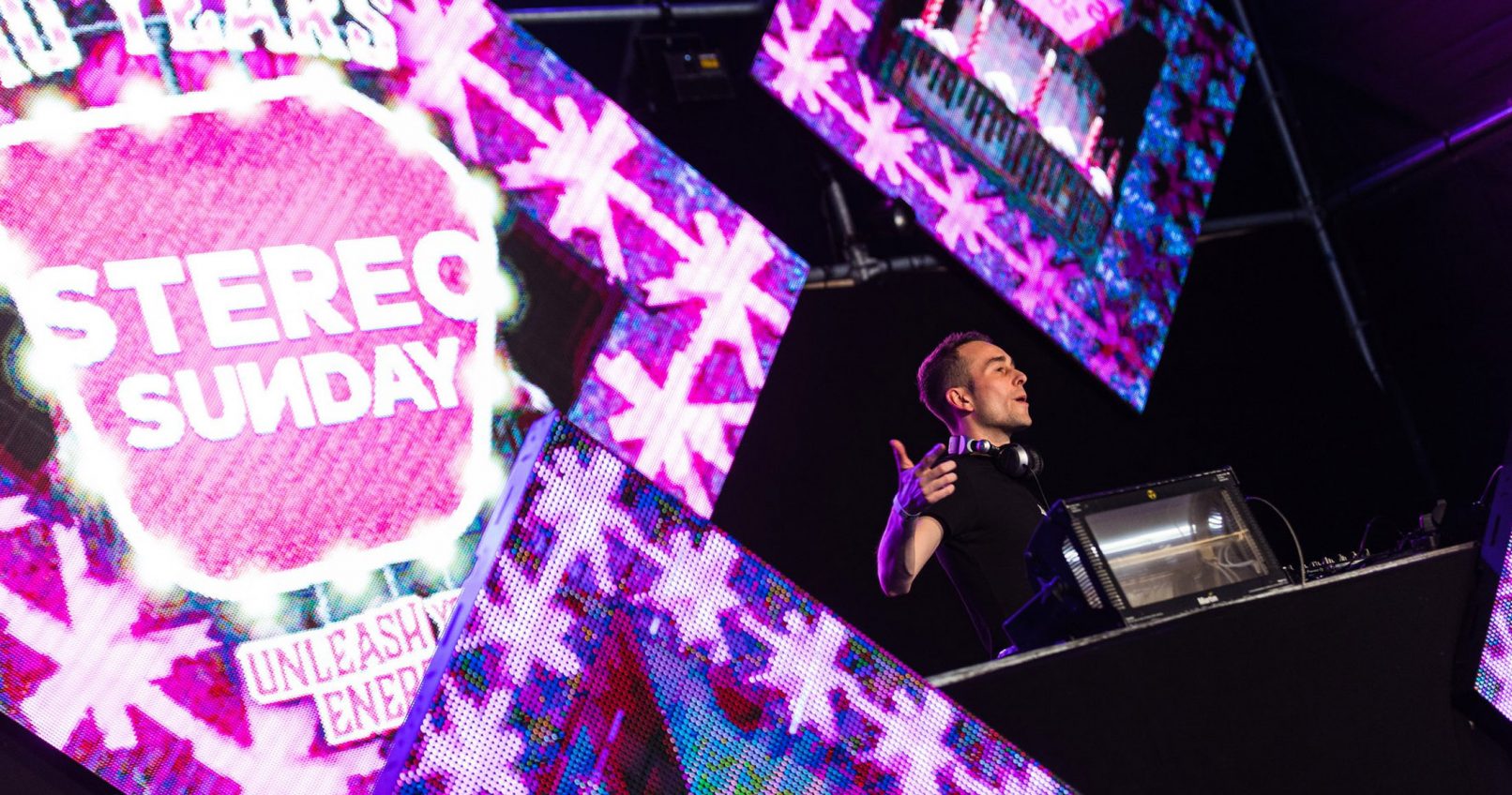 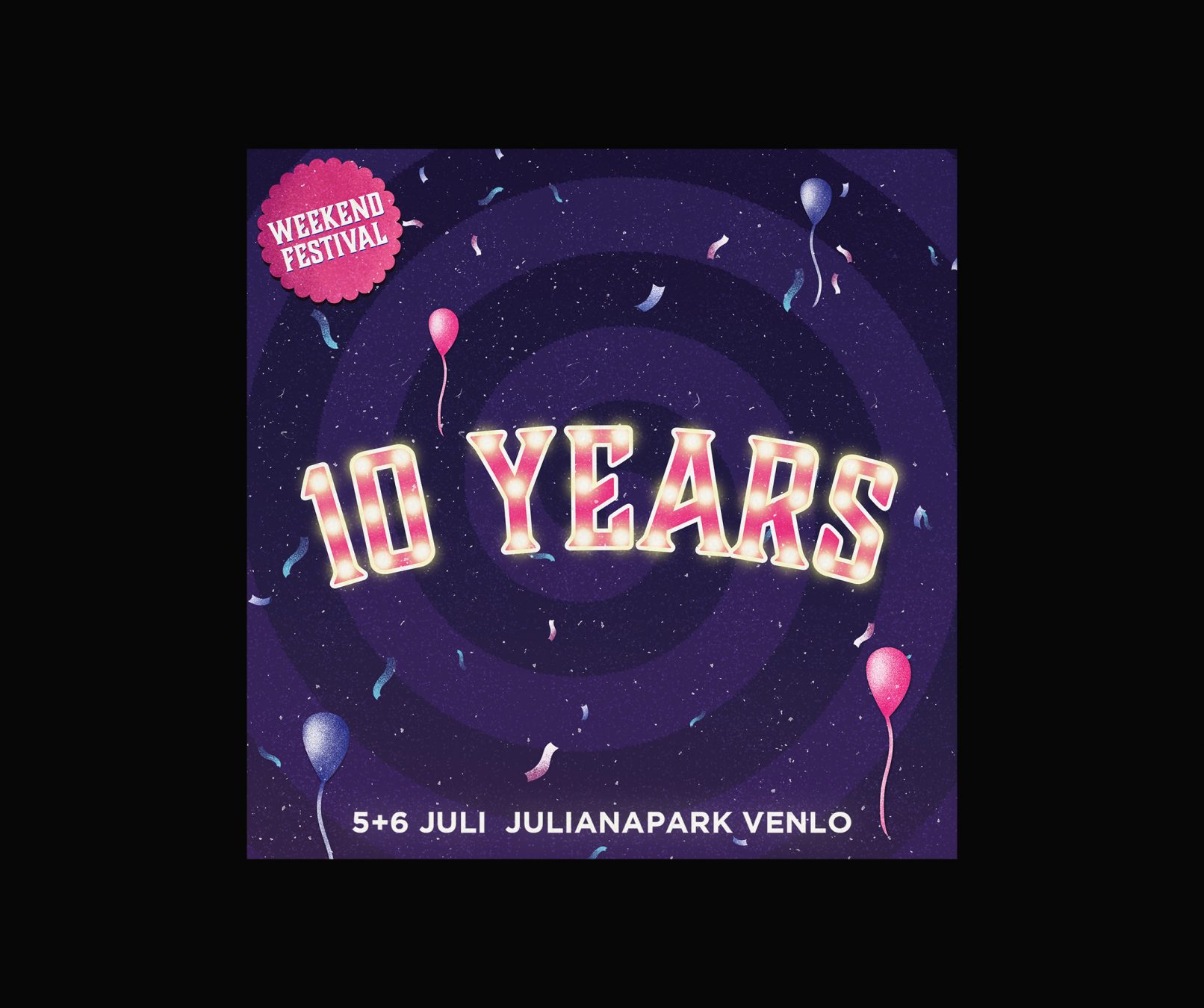 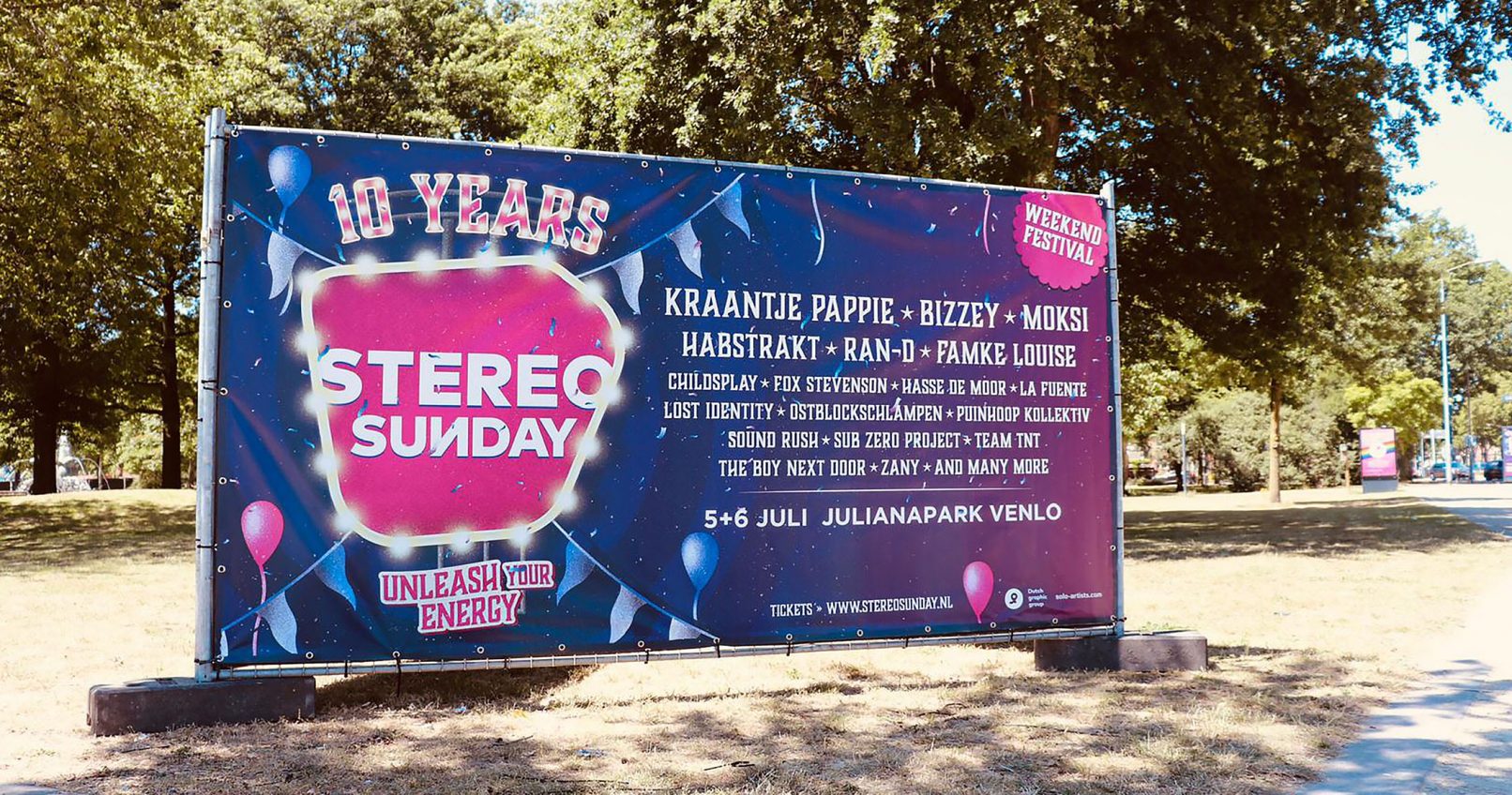 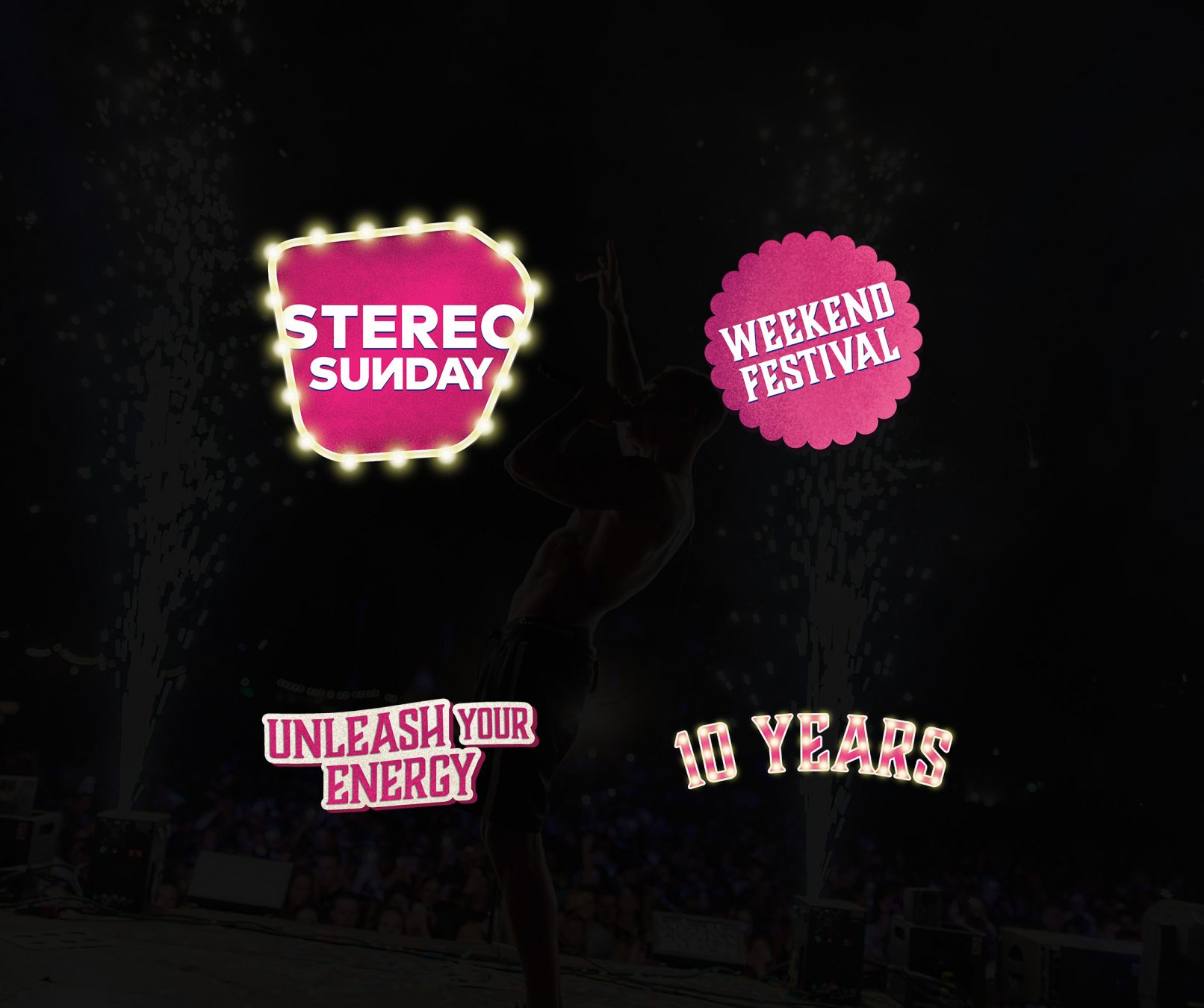