Cynthia Spiering has been making quite a name for herself in the past four years. It all started when she began working in the vibrant Rotterdam techno scene, which resulted in having her first gig back in 2016. After playing for some of the biggest organizations in the Dutch scene, she decided to start her own techno-label combined with a series of events.

Solo Artists has been working on the visual identity for Cynthia Spiering’s new imprint, Courtoisy. From a logo design to a series of artworks for the first events taking place at the Now&Wow Club in Rotterdam.

As we wanted to incorporate Cynthia Spiering as a brand into the Courtoisy design, we came up with a logo design that hides the first letters of ‘Cynthia Spiering’ in the negative space. 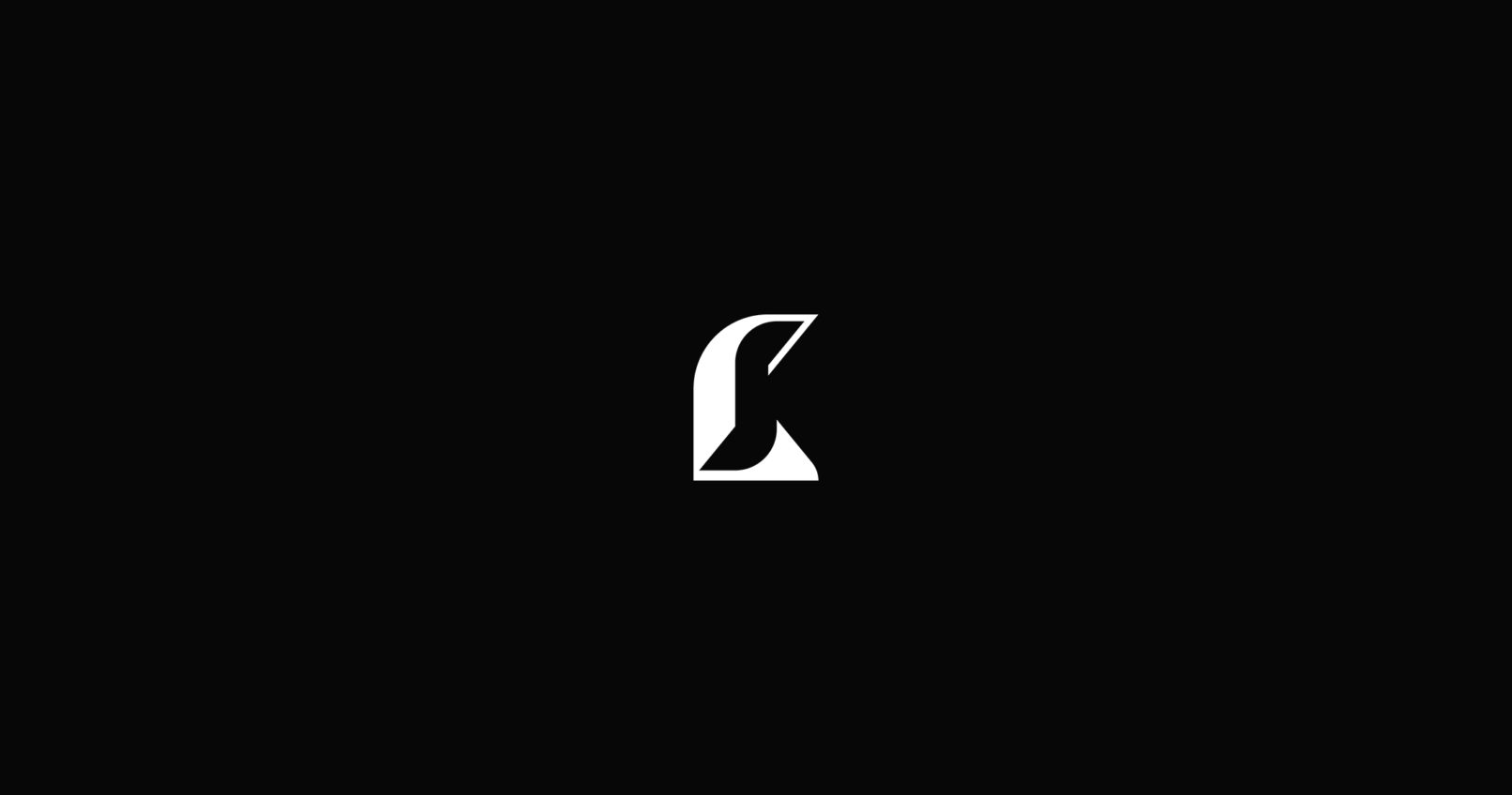 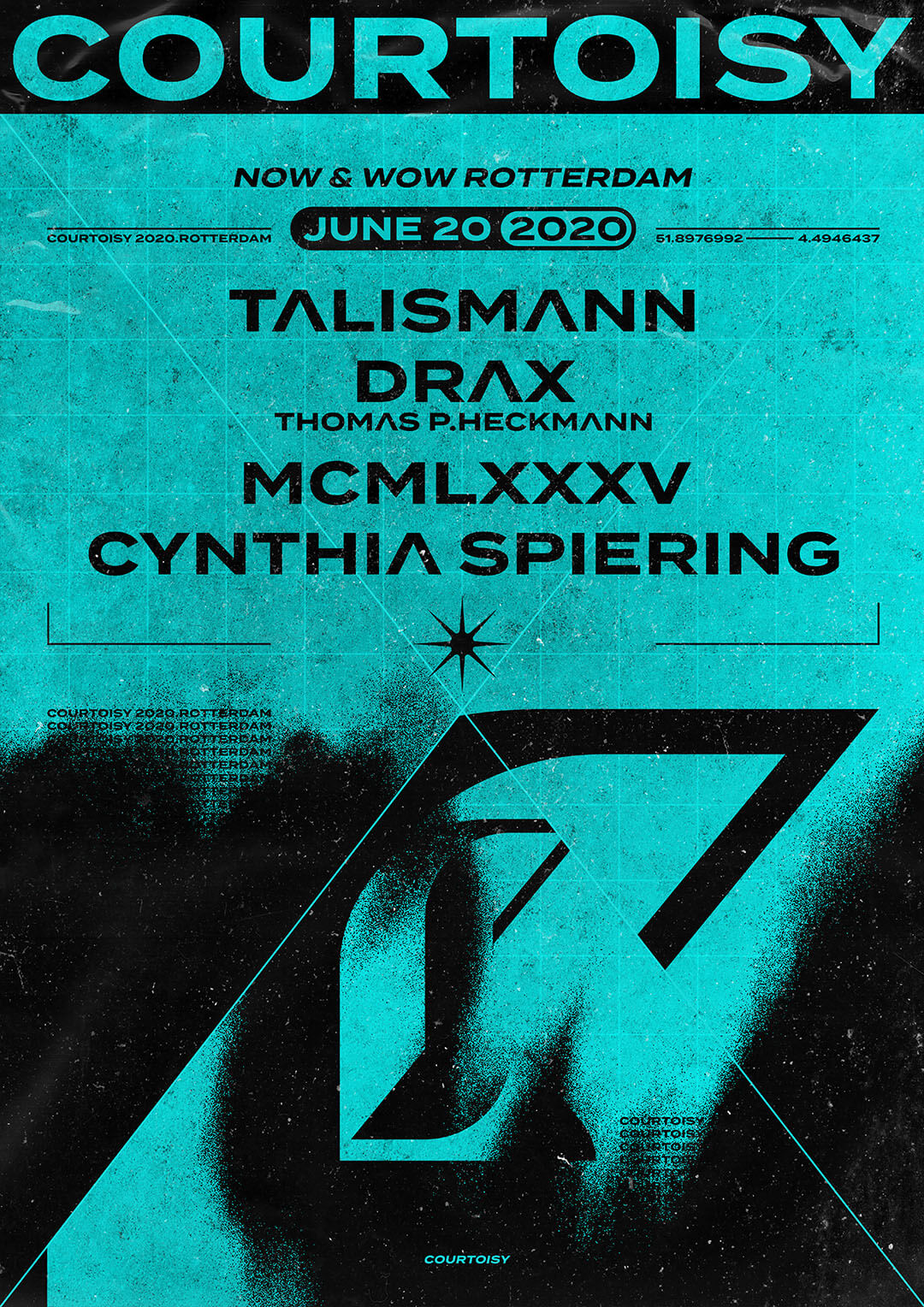 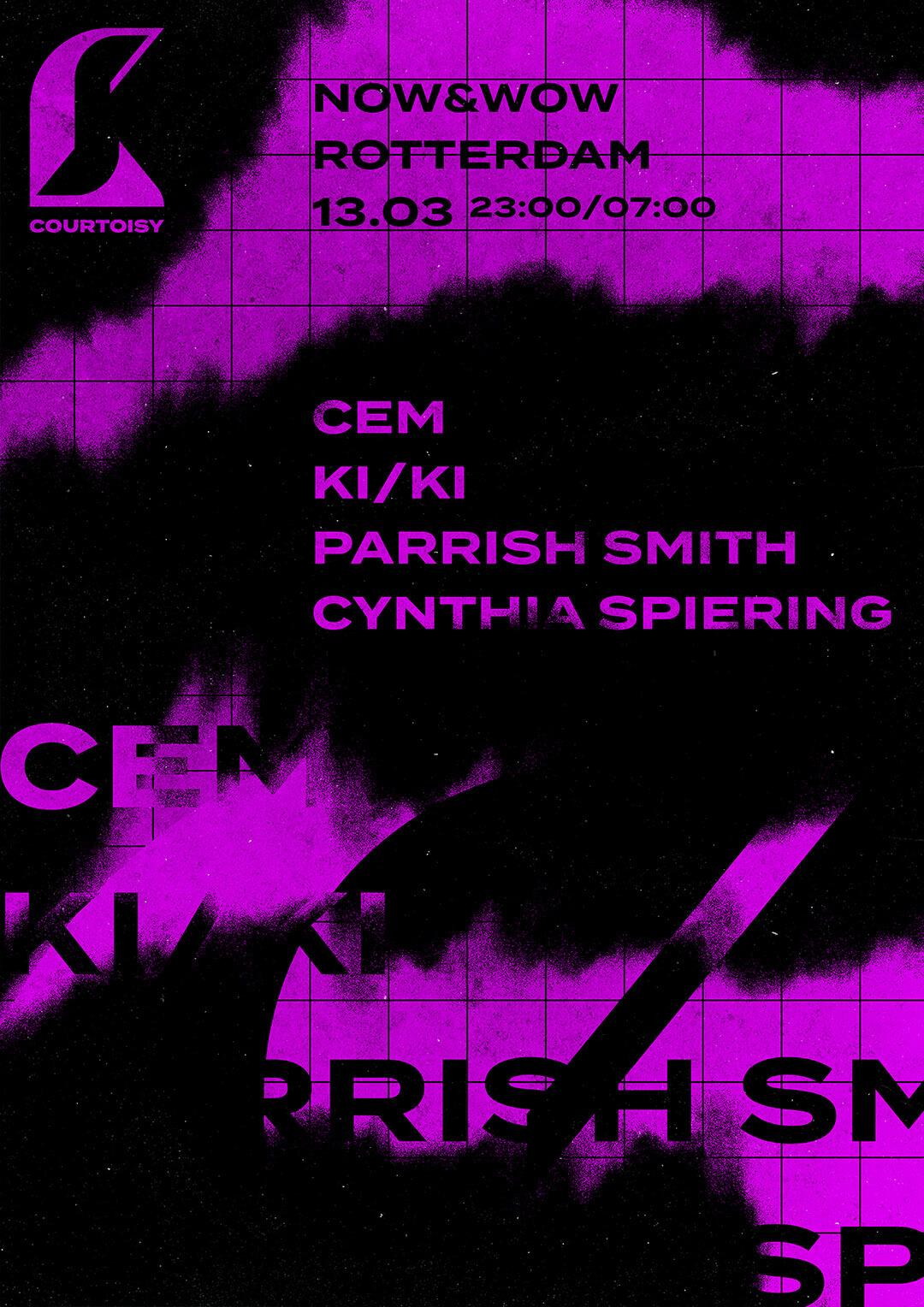 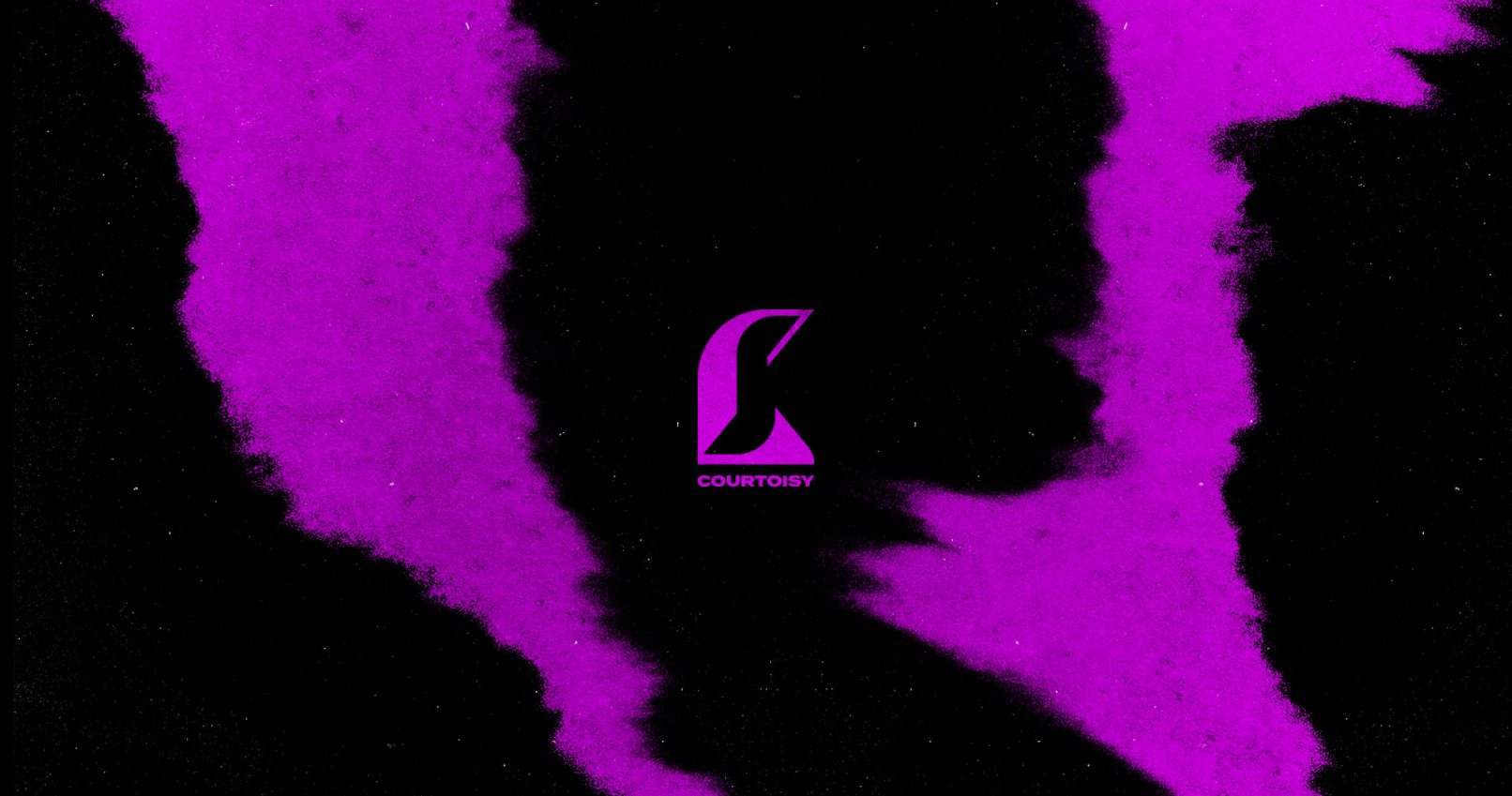